The Most Fearless Surfer 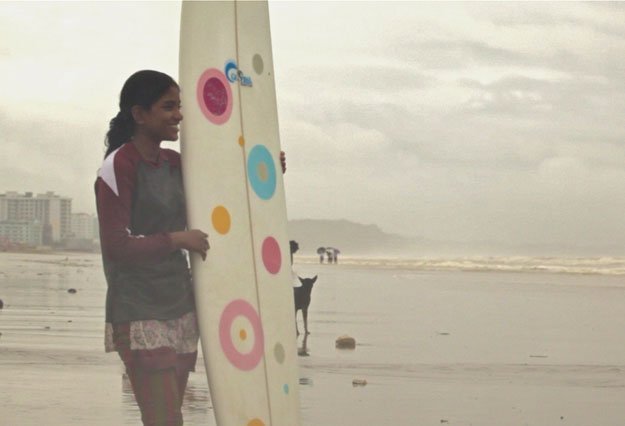 I love the way stories spread in this era.  A couple of years ago, I flew to Bangladesh and reported a story for AFARMagazine about a homeless girl, Nassima Atker, who’d miraculously become one of the country’s best surfers. (Yes, there is surfing in Bangladesh.) Despite having to beg for survival, despite being constantly teased and taunted by men and women who say surfing is inappropriate for girls, despite living in a country where two million children suffer acute malnutrition, Nassima, at just 14, had managed to  beat all the local boys in an annual surf contest.

“When I surf,” Nassima told me, “I can finally just be happy and forget about all my problems on land.”

An incredibly talented filmmaker, Heather Kessinger, saw that story and we just returned to Bangladesh with cameraman Jordan Dozzi to make a documentary film about Nassima.  It’s not a fairy tale. At 16, Nassima is still struggling day-to-day to put food on the table. But even before the film is made, Nassima’s courage is spreading. Lakshmi Puri, the Deputy Executive Director of United Nations Women, gave  a speech including Nassima at the 2012 IOC World Conference on Women and Sport, saying:

“Just a year ago, more girls than boys belonged to the [Bangladesh Surf] club. But as surfing gained popularity, some community leaders felt that surfing was inappropriate for women and girls. Since then, almost every female club member has dropped. Nassima is the only one left.

Read more via The Most Fearless Surfer | The Inertia.